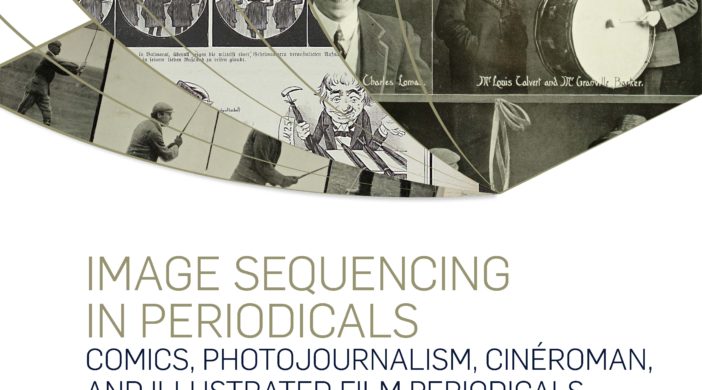 The premise of the workshop is that periodicals, as soon as they became capable of incorporating pictures, have been prone to display not only single, isolated pictures, but most often multiple ones; and to arrange them in typical, possibly media-specific ways. From the late 19th century onwards, photographic images have been frequently featured in periodicals: from the late 19th century onwards, photo-reproduction processes quickly supplanted wood-engraving. As the importance of photojournalism and, consequently, of photographic magazines such as the Berliner Illustrirte Zeitung increased, the influential journalistic genre of the ‘photo reportage’ emerged. American comic strips, as for them, explored novel ways of “juxtapos[ing] pictorial and other images in deliberate sequence, intended to convey information and/or to produce an aesthetic response in the viewer,” as Scott McCloud famously defined. Serial novels such as Georges Rodenbach’s Bruges-la-Morte (1892) were published accompanied by a great many photographs. After the turn of the century, the ever-more popular medium of film found an ideal partner in the pages of the periodicals, to transform its moving pictures into a fixed printed form. Throughout the 20th century, all these forms have continued to flourish and develop, introducing new modes of serial picture display such as the photonovel or the cinéroman—up to current projects like the Revue dessinée, a news magazine relying solely on comics. Together, these forms raise the questions: how does the sequencing of pictures on a page—and on series of pages—produce meaning? How do still images narrate and produce visual discourses?

This workshop seeks to advance the study of image sequences from a transmedial perspective. Its focus lies on the way in which the medial format of the periodical operates with regards to image sequences: how are images arranged and connected to each other? How do these arrangements and connections produce coherence, the impression of a succession and, very often, even narrative cohesion?

Please contact us no later than January 15th, 2022 (stephan.strunz@ruhr-uni-bochum.de) if you would like to participate in the discussion without presenting a paper. We will then also provide you with a reader.